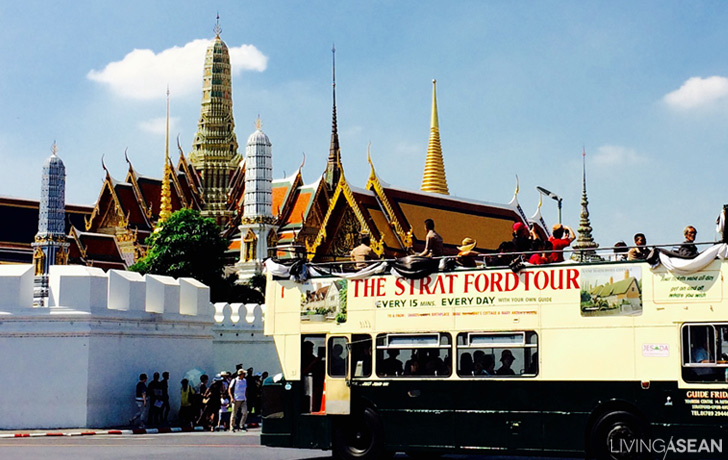 Bangkok was at the highest place on the chart of Top Ten Global Destination Cities attracting 19.41 million visitors in 2016, outranking London, Paris, Dubai, and Singapore. A Mastercard index released recently showed the Thai capital benefited the most from international travel, while further growth in visitor arrivals were in the forecast for 2017. The Mastercard Global Destination Cities Index predicted that Bangkok’s visitor arrivals would increase by 4.0 percent in the 2017 calendar year, while Singapore was forecast to move up one notch growing by 2.6 percent and outranking New York (at minus 2.4 percent). Meantime, Kuala Lumpur was likely to post a strong 7.2 percent gain in visitor arrivals for 2017, enabling it to keep its eighth place on the chart.

From 2009 to 2016, two ASEAN cities also saw strong growth in visitor arrivals, namely: Jakarta up 18.2 percent, and Hanoi up 16.4 percent. Of all 132 destinations across the globe, Osaka was at the top with a whopping 24.0 percent growth in overnight visitor arrivals during the 8-year period.

Overall, international visitors to leading global destination cities increased in the 2016 calendar year. As for 2017, Tokyo’s visitor numbers were forecast to increase by as much as 12.2 percent, making it the strongest growth in visitors among the top ten.

The Mastercard index was more than just a ranking of top destination cities across the globe. Apart from international visitor volume, it also looked into tourist spending that contributed to furthering economic growth of countries. For the 2016 calendar year, Dubai was at the top with overnight visitors spending $28.50 billion, followed by New York ($17.02 billion), London ($16.09 billion), Singapore ($15.69 billion), and Bangkok ($14.08 billion), all in USD. Destination cities benefited greatly from tourism. Shopping accounted for 22.9 percent of tourist spending, local service 21.5 percent, and food and beverages 20.6 percent).